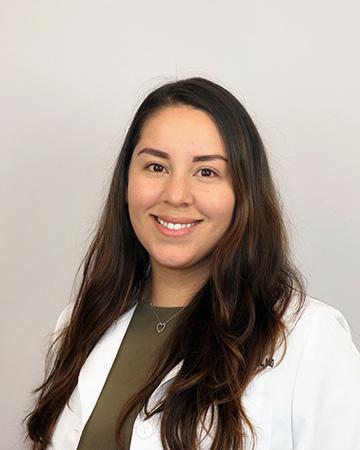 Dr. Jones-Betancourt is originally from Vista, CA located in San Diego county. She was the first person to attend college at the University of California, Berkeley where she studied environmental biology with an emphasis on human health. She attended University of California, Davis for medical school where she was involved with student run clinics and the Latino Medical Student Association. She completed her residency training at University of Southern California Los Angeles county. Dr. Jones-Betancourt has interest in working with medically underserved populations and promoting community involvement. In her free time, she enjoys spending time her daughter and husband.

Dr. Jones-Betancourt has been involved with quality improvement projects including creating teaching material for patients in Spanish.  Has served on various leadership roles within the Latino Medical Student Association serving as a liaison for mentorship of first generation college students.

Dr. Jones-Betancourt has a passion for increasing underrepresented students in medicine and academia.

Dr. Jones-Betancourt completed residency in 2018 and has been working as a general pediatrician in Los Angeles before relocating to Nevada with her family.

Our pediatricians examine your children regularly to assess their growth, development, and assess their general physical condition. They also refer patients to pediatric medical specialists and provide other medical referrals when necessary with healthcare devoted to the well-being of children of all ages, from infancy through adolescence.