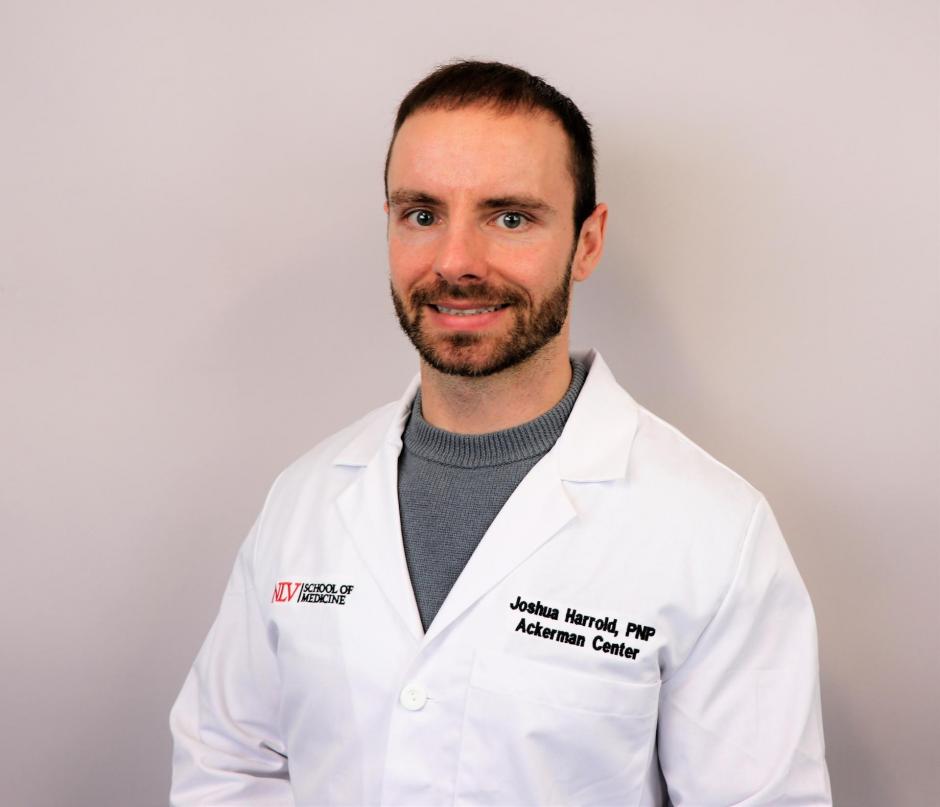 Josh Harrold, APRN,  is originally from the East Coast. He went to college at Thomas Jefferson University, where he got both his BSN and MSN, with a concentration in pediatric primary care. Josh has a particular interest in developmental pediatrics.

Josh has been practicing as a primary care pediatric nurse practitioner for five years.

Josh has five years experience in pediatric primary care, three of which he served in the United States Air Force.

Josh resides in Las Vegas, and enjoys snowboarding and spending time with his family and Friends