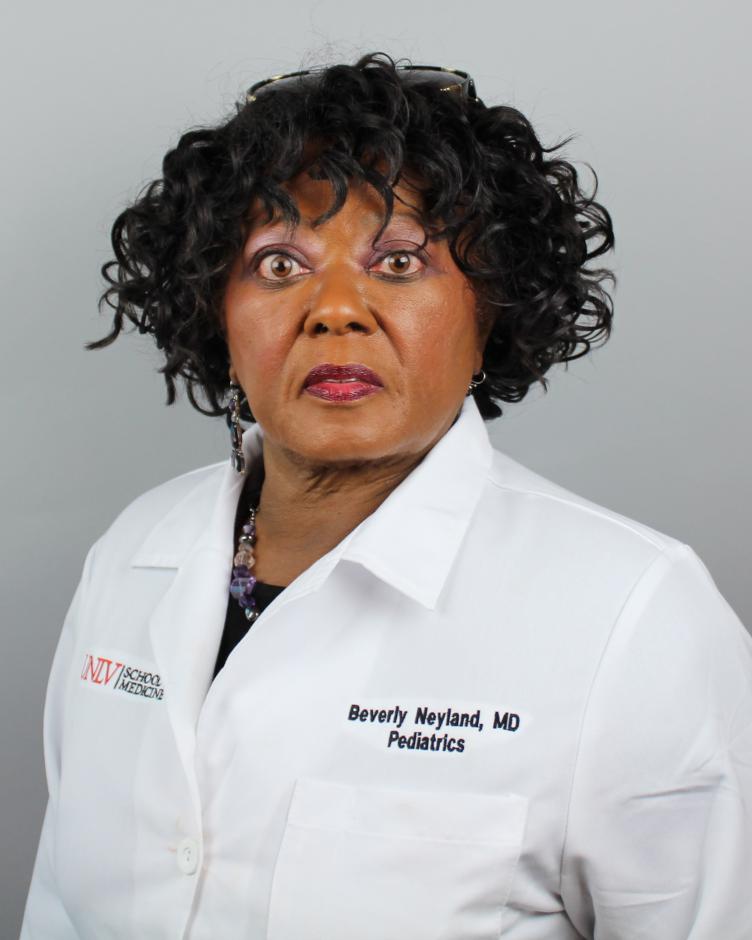 Beverly A. Neyland, professor of Pediatrics at the University of Nevada, Las Vegas School of Medicine, earned the B.S. degree from Bennett College in Greensboro, North Carolina, and the M.D. degree from Meharry Medical College in Nashville, Tennessee. Additional training includes an externship at the University of Zagreb in Yugoslavia; an internship at the Long Beach Memorial Children’s Hospital, Long Beach, California; and pediatric residency at the UCLA/Harbor General Hospital in Torrance, California. She is Board Certified by the American Board of Pediatrics.

Dr. Neyland is a member of the American Academy of Pediatrics; President of
Nevada Chapter of the AAP; member of the Admission Committee-UNSOM; and
member of the Governor’s Maternal and Child Advisory Board. Recently, she was
named by Governor Gibbons as a temporary member of the Nevada Board of Medical Examiners. She has received honors and awards such as the B’nai B’rith Women of Valor Award, and honors from Committed 100 Men Helping Boys, and the Professional Black Women Alliance. She has always been an active advocate for children.

Our pediatricians examine your children regularly to assess their growth, development, and assess their general physical condition. They also refer patients to pediatric medical specialists and provide other medical referrals when necessary with healthcare devoted to the well-being of children of all ages, from infancy through adolescence.