Quick Take: Dr. Mark Doubrava on the School of Medicine Why UNLV’s school of medicine is so important 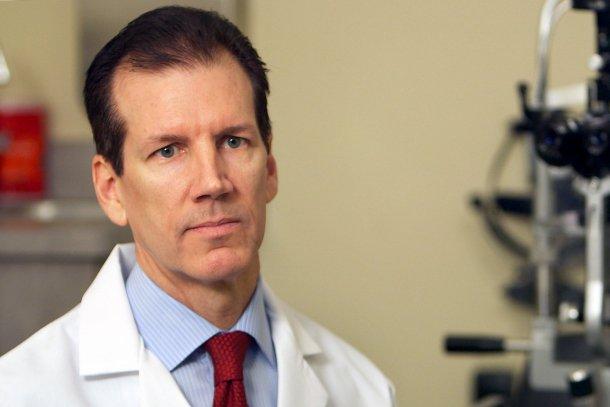 Dr. Mark Doubrava, a Las Vegas ophthalmologist, is also a Nevada System of Higher Education regent and a member of the UNLV School of Medicine’s Community Advisory Board, so he has a unique perspective on medical education in Nevada.

What stands out in your mind about your own medical education?

I received my undergraduate degree from UNLV and then attended the University of Nevada School of Medicine in Reno.  At the time, it was the fifth smallest medical school in the country. I thought the attention from the professors was outstanding and the medical training was as good as or better than other medical schools. [Doubrava subsequently trained at Baylor College of Medicine, Louisiana State University Eye Center, and the Eye, Ear, Nose and Throat Hospital of New Orleans before returning to Nevada to practice.

That said, there was a bit of a burden in attending a split campus — that is, doing my first two years of basic science in Reno and then the third and fourth years in Las Vegas.

The UNLV School of Medicine, a local school, will offer all four years in one city — Las Vegas. That’s going to have a lot of advantages for traditional students who finish their undergrad and then go on to medical school. It will also help local non-traditional students who consider medicine as a second career. In the past, they would have to relocate, often uprooting their families, to pursue medical education. Both types of students can firmly establish roots here while studying.

What health care challenges are unique to this community?

A primary challenge is the boomtown history of Las Vegas. It was a fast-growing community for several decades. While many excellent physicians came here, the boomtown also attracted some physicians who weren’t of the highest quality. Many patients left the state for routine and specialty medical care. It’s not only an issue of quality of health care — or perceived quality — it’s also a numbers issue. There are too few physicians in some specialties. So we’re doing a lot of catch up.

What stimulated the idea for a UNLV School of Medicine?

When I got involved with the System of Higher Education on a volunteer basis back in the mid-2000s, there was a discussion about creating an academic health center in Las Vegas to improve our health care. The “how” centered on bringing in an established medical institution such as the Cleveland Clinic, Mayo Clinic, or University of Pittsburgh Medical Center. There also was talk of getting the school in Reno to do more down here.

I was one of the voices saying that we needed a homegrown solution. Once I became a member of the Board of Regents Health Sciences System Committee, I probed further and came to the conclusion that the best option for serving our community was to establish the UNLV School of Medicine.

Which School of Medicine milestones make you most proud?

The first was receiving full funding by the state legislature. That was helped by the efforts that came from members of the school’s Community Advisory Board. It was formed in the fall of 2014 before the UNLV School of Medicine budget went to the state legislature for the 2015 session. It was gratifying to see community leaders clamoring to participate because they all want to improve access to medical care in this community.

The second milestone came in October when the school was granted preliminary accreditation from the accreditation body for MD degree-granting medical schools. Now I’m really looking forward to welcoming the inaugural class in July 2017 and supporting the philanthropy efforts for the first medical education building. (See more School of Medicine milestones.)

What sustains your passion for the UNLV School of Medicine?

There are two things: One is UNLV. I want to see it grow and thrive. The medical school will directly benefit the school’s existing undergraduate and graduate programs through increased federal funding, research dollars, and added prestige.

The second is the need for our region to diversify its economy. I was always the first to wave the flag saying from a health care perspective we need a local medical school. However, that didn’t gain traction until an economic impact study described what a medical school could do for the region. If you build a medical school you not only improve local health care and medicine access, you improve the economic vitality of the region.